Hello friends, this is that far the hardest post I’ve ever written. My family, along with another family, went to the beach this weekend to celebrate the start of a holiday week. Saturday morning started out normal. We went on a horseback riding tour at a waterfall. We had a lot of fun. But we were super hot so the first thing the kids wanted to do when we got back to the rental house was jump in the pool. The pool was beautiful and had a beautiful view. Pictured below from the day before.

you can see right below the sunset is a ledge. There was about a 7 to 8 foot drop and then just a huge ravine. We had made several comments the day before while lounging at the pool how terrible a fall from that ledge would be and we kept a very close eye on all five of the kids that were there. They never even got close to the ledge. As Sloane was gearing up to have a big jump into the pool Saturday morning she took one step too far backwards and fell.

As parents we would hope that we could shield our children from having accidents like this. Nathan was right there but things happen in just a split second that we have no control over. Yes, if we could do it again we would have people standing there making sure our child did not fall. But we can’t go back. Trust me, I have been kicking myself ever since this happened. It’s not helpful.

Luckily, Nathan’s fight or flight instinct kicked in and he literally jumped down and was able to grab her. This could have been so much worse. There were bushes and other plants there that I guess helped her fall. She landed hard on her left leg. It was obviously broken. The first hardest part was getting her out of the ravine and up to the level of the house. We had to work together as a team to make this happen. In our bathing suits we got in the car without having a clue where the nearest hospital was. Benson sat up front with Nathan and help him navigate. And I tried to keep Sloane’s leg steady in the backseat. Blake couldn’t stop screaming because she was so traumatized by what she saw. *** my family found it important that I add this note… While we were driving to the hospital Sloane was comforting me and Blake in our distress all the while her bone was about to come through her skin😩 Unfortunately the closest hospital was about 45 minutes away and we were up in the mountains so our car was the fastest way to get us there instead of calling an ambulance. In retrospect I think we made the right decision because I think it would’ve taken an ambulance far too long to get there.

We made it to the “hospital” which was in a marina in a strip mall kind of place. It was not marked at all and took us forever to figure out which entrance to go in. We kept trying to explain that we had an emergency but they didn’t seem to understand. Finally someone who spoke some English showed us where to go. The clinic was closing at that moment but stayed open just for us. They were able to x-ray her there and we knew immediately that we would be taken either via ambulance or helicopter to San Jose for treatment. It would have taken about 3 to 3 1/2 hours to get there via ambulance and we would have had to deal with traffic and bumpy roads and lots of curves. And we did not know at this point if she needed surgery or not, we just knew that she had a bad break.

The ambulance service came in to advise us and gave us the prices and time differences between the ambulance and the helicopter. We made the decision to go via helicopter. Only one parent could go and I was in no position to drive our other children back to San Jose so I rode with her. Luckily, our sweet friends, Joey and Julie Menendez came and got the other two kids from the clinic and drove them back to the rental house. Nathan later drove back and got the kids and all of our stuff to drive back to San Jose.

We had to take an ambulance to the airport and then the helicopter ride only took about 40 minutes. Then we took another ambulance to the hospital. The transitions from place to place with the hardest part. She was in so much pain. They had to get an IV in which took several tries because she was so dehydrated. They got some morphine in her system but by the time we made it to San Jose she started vomiting. She was laying flat so she was choking. It was very scary.

We were diligently praying the whole time and God put several wonderful people in our pathway. Not everyone spoke English but I could feel God’s presence in every conversation. We knew the instant that we saw her after she fell that we were so lucky. It really should have been a completely different situation. I can’t even explain what this ravine was like.

We finally made it to the hospital and again had excellent care. They had to cut her bathing suit off of her but I was so glad because she was covered in vomit and the bathing suit was still wet. It needed to go. They got her pretty cleaned up and the orthopedist came in, he spoke no English but a nurse was able to translate. He did not recommend surgery but he said if an adult had this injury that they be in the OR right now. Luckily she is a child who is still growing and she will heal quickly. We were so unbelievably relieved.

The next part was the hardest part for her of the day. They had to set the bone and put on the cast. They wouldn’t give her any pain reliever because she had thrown it up. Her foot was facing outward to begin with and they had to completely rotate it. As she was screaming in pain and I felt so helpless.

After they set it and put the cast on she had one more x-ray to make sure it was the right place and thank goodness it was. She was then able to rest a little bit. My sweet friend Diana came to the hospital and helped to translate our discharge instructions and get us home. She was a godsend! After getting home I still needed to get her cleaned up from the vomit and settled so she could rest. She is in a lot of pain but glad to be home.

Her cast goes all the way up to the top of her thigh so it is tricky to do much of anything. We ask for prayers specifically for strength for her, confidence that she can get through this, and patience for us. We are out of school this week which is a blessing. We are watching YouTube videos trying to learn how to use crutches. Nathan is headed now to find a wheelchair. The cast is longer than her other leg and she can’t bend her knee so we are working hard to figure out how to help her.

She is feeling very down and sad. It is very heartbreaking. She is usually such a confident strong little child. Yesterday was pretty terrible but I’m afraid the next couple of weeks may even be harder.

We know how lucky we are and we know we are not the only family who has ever had to go through this. But this is the first time WE HAVE had to go through it so we are taking it hour by hour. Please keep her in your prayers and we will try to keep everyone updated.

As traumatizing as everything was yesterday I did take a few pictures. We had always talked about wanting to see Costa Rica from above and this is not how we wanted to do it but we were reminded how beautiful this country is yesterday. And our new friend Sergio was there to give me the guided tour from the helicopter.

this picture is of the line of cars that was taking pictures of us getting on the helicopter. Even the ambulance service was taking selfies. I don’t think this happens very often here. 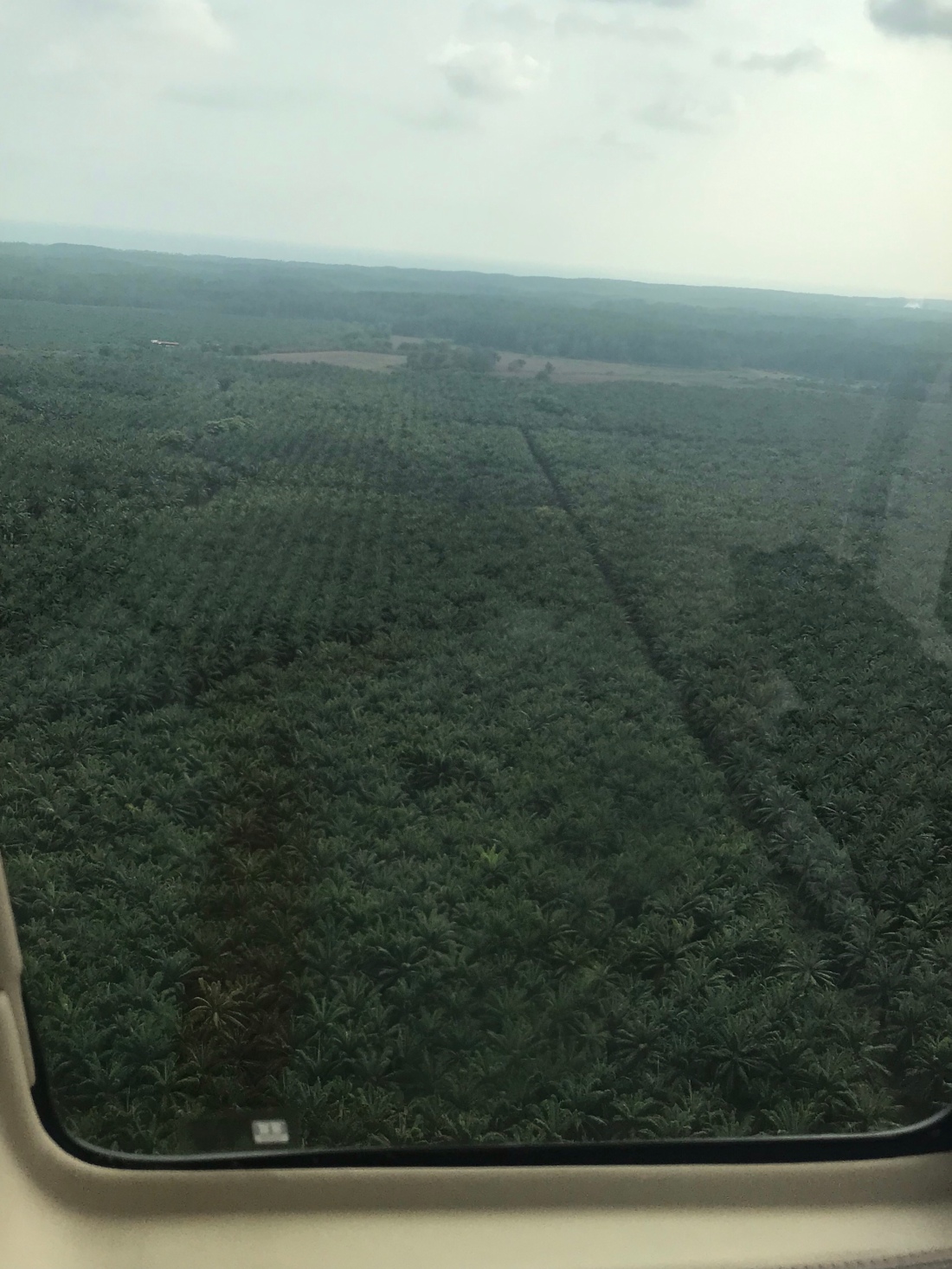 this is a picture from above all of the palm trees. The picture below is of our Price mart which is like Sam’s.

this is where our house and school is 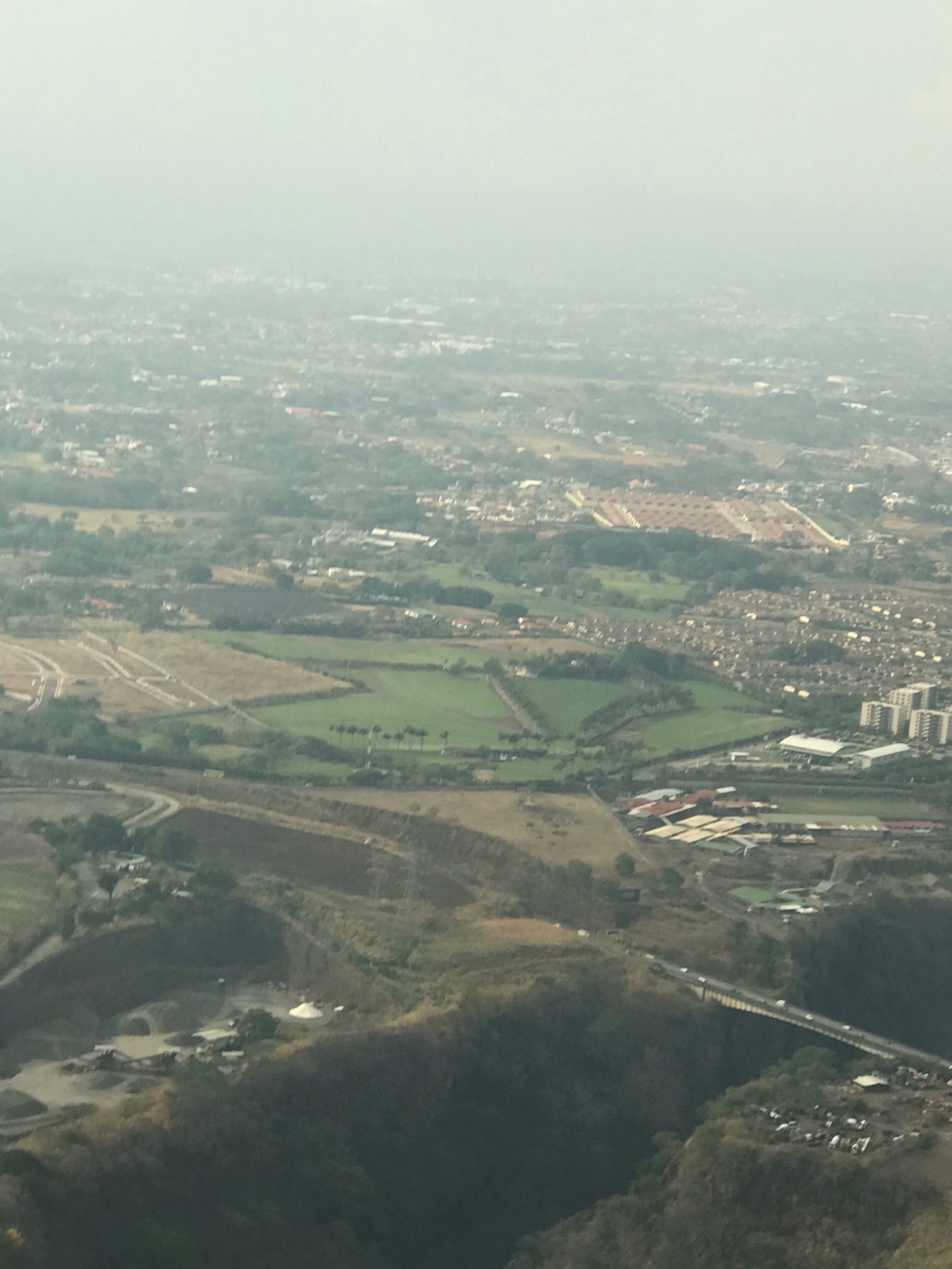 I am a wife and mom of three on a journey. View all posts by thetightrope05

24 thoughts on “The beach trip that didn’t go as planned….. ended with a trip via helicopter to the hospital in San Jose”